Calling all adventurers and thrill-seekers, this article lists the most extreme environments on Earth that you can visit. This list contains the most extreme places on Earth in 6 different categories. These locations offer a thrilling vacation spot where you can experience the most intense and exotic conditions that planet Earth has to offer

The lowest place on earth

At 420 meters below sea level, the Dead Sea is officially the lowest point on land on Earth. The Dead Sea is a hypersaline lake that lies to the West of the Judean Desert in southern Israel. It attracts thousands of annual tourists due to its many remarkable qualities.

These include the sea’s rare buoyancy, caused by the high concentration of salt levels. This allows you to float effortlessly along the water, without needing to swim. The hypersalinity along with high temperature can be another example of extreme environments all found in one incredible place. In addition, the sea’s floor contains mineral-rich mud that has many healing qualities.

Visiting the Dead Sea is a fun and relaxing experience. The shore is lined with many luxury hotels, health and wellness resorts, and spas. Alternatively, you can stay in the neighboring desert oasis of Ein Gedi, or travel by car from Jerusalem or Tel Aviv.

The highest point on Earth

However, if you feel like a challenge, then at 29,028, Mount Everest is certainly an extreme environment. 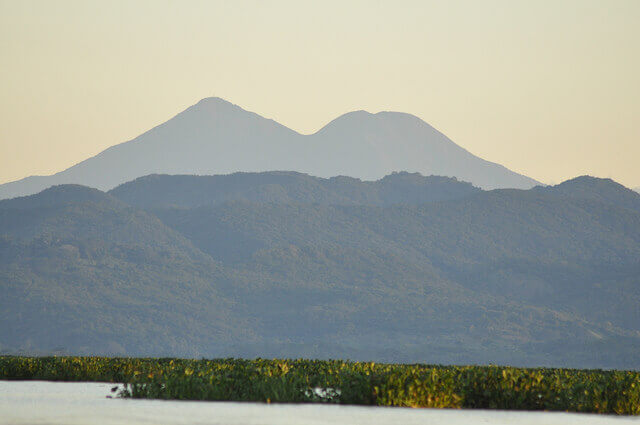 To reach the mountain, you can take a bus from the nearby cities of San Miguel or San Salvador. There are guided tours available, which will pick you up from San Salvador. The closest hotel is the Hotel Entre Pinos, in San Ignacio, El Salvador which is just an hour’s drive away.

The summit offers a great camping site, but we strongly advise you to take altitude-sickness pills along and make sure you pack the right gear. The temperature drops below 0 in the winter and is only 5 degrees Celsius during the summer nights so be sure to bring warm clothing.

If you’re looking for an intense hike, then you may be disappointed. However, if you want to experience one of the greatest observation points in the world then this is the place for you

The coldest place on Earth

Technically, the coldest place on Earth is the East Antarctic Plateau where temperatures drop to minus 91°C! However, as this place is pretty much unreachable it doesn’t make the list.

The coldest place on Earth that is also a great place to visit is the Hornstrandir Nature Reserve in Westfjords, in north-west Iceland. The reserve consists of over 580 square kilometers of cliffs, tundra, flowering fields, and ice.

There’s plenty to do here, including hiking, exploring, and enjoying a guided tour. We strongly recommend bringing as many supplies and warm clothing as you can. The reserve has no roads or lodgings, and visitors must be prepared to spend some time in the wild. This means bringing all the food you will need for the duration of your stay.

During the winter months, the reserve is closed to tourists and only those with special licenses can visit the region. In the summer, when temperatures range between 5°C and -5°C, the reserve is open to all. Nearby hotels include the Hótel Ísafjörður or the Gil Gistiheimili.

The hottest place on Earth

The hottest place on Earth is in California. In Death Valley, summer temperatures soar to over 45°C so make sure to bring plenty of water.

Here, there’s a veritable wealth of activities to enjoy, such as hiking, biking, camping, lodging, and much more. You can also book a guided tour in advance. Many tourists travel to the park during Spring to enjoy one of the most beautiful sunsets in the world.

To reach the park, you can drive from the neighboring cities of Las Vegas or San Fransisco, which takes around 4 or 7 hours respectively. The route is perhaps the most scenic and awe-inspiring in the entire USA.

There are a few hotels in Death Valley, such as The Oasis at Death Valley, Panamint Springs Resort, as well as multiple campsites.

The most populated place on Earth

Finally, we will end this list of extreme places on Earth with a man-made entry – the most densely populated place on Earth.

With an approximate population of 143,000 in just 0.4 square miles, Mong Kok in Kowloon, Hong Kong is the most densely populated region on Earth. As you can expect, the area is filled with multi-story buildings, some as many as 30 or 40 stories high to accommodate the huge mass of people that inhabit the neighborhood.

Although this may sound off-putting, Mong Kok is actually has a wonderful charm with neon-bathed historic streets and thriving street culture – perfect for  ‘peoplescaping.’

In addition to the residential buildings, Mong Kok has many colorful street markets where you can buy everything from seafood to wallpaper to electronics at bargain prices. There are also shopping plazas and food-booths.

For the history buffs, Mong Kok is home to several Grade I preserved buildings. These include the century-old Old Kowloon Police Headquarters, as well as the ancient Shui Yuet Temple.

Nearby hotels include the Cordis, Hong Kong, the Sunny Day Hotel Mong Kok, and the Kowloon Shangri-La.