Home » Articles & Tips » Interesting Facts » Why is the Dead Sea Shrinking & How to Save this Wonder of Nature?

Why is the Dead Sea Shrinking & How to Save this Wonder of Nature?

The Dead Sea is an ancient wonder of nature. Nestled in the Jordan Rift Valley, the Dead Sea is famous for its intense salty waters; so salty that no sea life cannot survive in it, and so dense, that you can float on it without sinking.
The Dead Sea and surrounding region is a flourishing tourist area, visited each year by millions of foreigners and local alike. The Dead Sea was nominated as one of the seven natural wonders of the world. The minerals salts and mud of the Dead Sea are famous for their healing and anti-aging effects on the skin, recommended for use by dermatologists and beauticians alike. It seems everyone wants a piece of the Dead Sea.
But the Dead Sea is drying up, losing five to eight meters annually. The lowest point on earth is gradually getting lower, and it seems there’s nothing we can do about it.

Or is there?
Environmentalists and activists point the blame at industry. However, industry has been shown to have a very minor effect on the Dead Sea. The real reasons for the drastic loss of water go far, far beyond its limited commercial use. The true story of the Dead Sea involves much greater forces at work – including reduced flow from the River Jordan, the drought-ridden regional climate, and political events. In order to figure out how to stop or slow the Dead Sea recession, it is critical to gain a deeper understanding of why the Dead Sea is dying.

1. The River Jordan is Dry 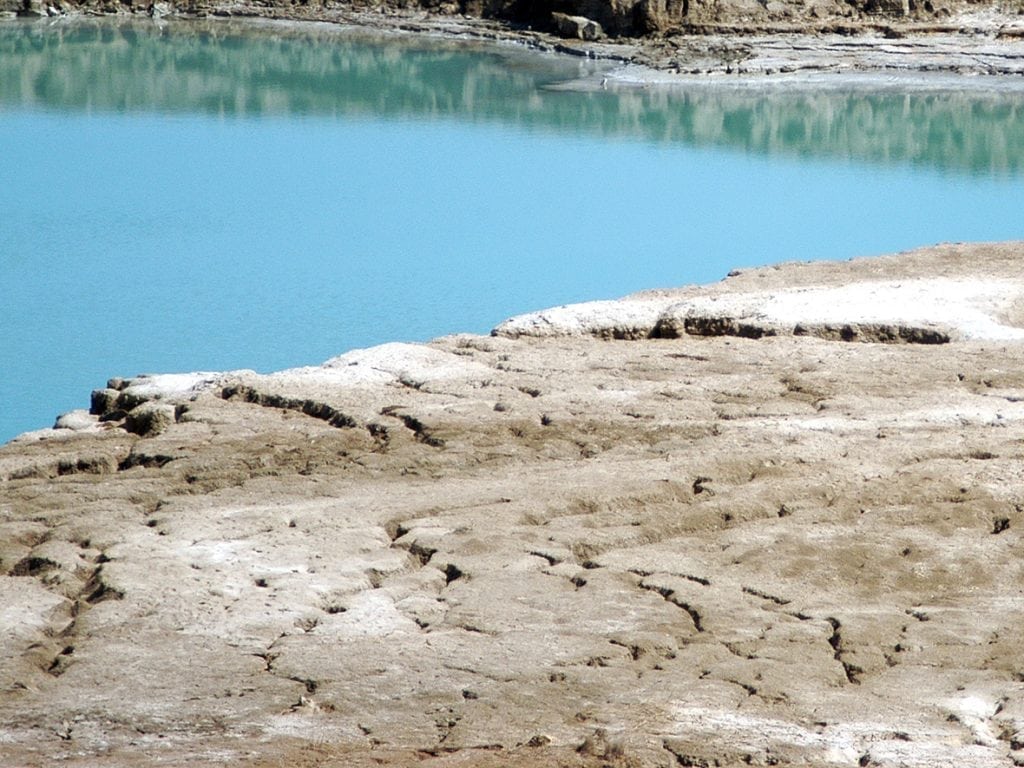 The Dead Sea has been shrinking for 100 years, since the ruling British first marked the sea level. According to geologists in a report from the BBC, the water line of the Dead Sea has fallen and risen during different times throughout history. Scientists hold that the fluctuating level of the Dead Sea reflects broader climatic changes. During periods of drought, which are endemic to the hot, dry desert region in which the Dead Sea lies, there is little to no rainfall to refill the natural depletion of the sea. Unfortunately, it’s the simple fact of the weather that is another culprit in the mystery of the dying Dead Sea.

3. Politics Getting Personal with the Dead Sea

The idea of building a pipeline to channel water from the Red Sea to the Dead Sea – known as the “Red to Dead” plan – was already floated by British engineers during the Mandate period. For many years, political machinations prevented the idea becoming reality. Plans are finally underway between Israel, Jordan and the Palestinian Authority to build the pipeline from the Red Sea. However, there are concerns that channeling Red Sea water could have a detrimental effect on the precise mineral and salt makeup of the Dead Sea, its evaporation rate, and the proliferation of algae and other life forms in the water, sediment and surrounding rock. Filling the Dead Sea with Red Sea water could even have long-term detrimental effects on the unique ecosystem of the surrounding Arava desert. The plan is currently in the final feasibility study stage, with the project slated for completion by 2021.

Although the Dead Sea is used for commercial purposes, including tourism and mineral mining, the drying of the Dead Sea is in fact a political and climatic phenomenon. The commercial industry surrounding the Dead Sea is relatively modern, having only begun in the 1950s. It is dominated by the Dead Sea Works, a company that mines the sea using evaporation ponds, mainly to extract potash for use in fertilizers and other products worldwide.

Based on extensive, current research of governments and NGOs, it appears that the key to restoring the Dead Sea in the proper, natural way is a flourishing Jordan River. Failing that, the Red Sea to Dead Sea pipeline may be a suitably improvised solution. Either way, the drying of the Dead Sea can only be combated by governments based on mutual cooperation and engineering innovation. This is the true, long-awaited answer to the problem of the Dead Sea.