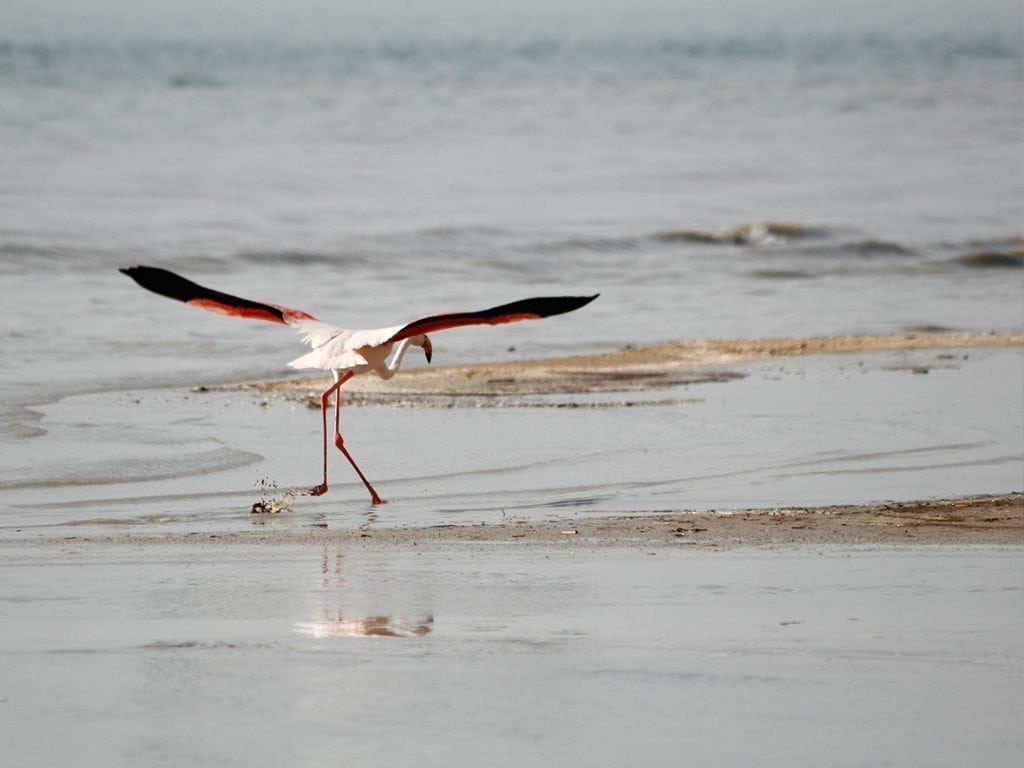 One of the extraordinary reserves around the Dead Sea is Einot Tzukim, or in its original Arab name: Ein-Fashcha, at the northwest shores of the Dead Sea. The only official “closed reserve” in the Middle East is within its boundaries. After the ticket office, the visitors are free to roam the open reserve on their own, have a picnic or bathe in the natural water pools. The hidden reserve can only be visited with an authorized tour guide. The ‘closed reserve’ can only be entered by research-scholars. The idea was to keep the restricted zone developing with no interference. The reason for this exceptional decision is the rapid and constant changes in landscape.

The two factors that influence these accelerated changes are the massive flash-floods, which dig deep into the quick rock, and the rapid recede of the Dead Sea. The drop of level influences the underground water. A profile-view-diagram of the aquifer along the shores would reveal a diagonal line separating the salted and the fresh water. The fresh water is constantly supplied from the deep layers of the Judean Mountains from the west and are pushed back by the salt-water, thus the reserve can be outlined according to different layers of salinity in the underground water. The local vegetation is therefore organized in several ‘vegetation stripes’ according to the certain levels of salinity each species can handle.

The 90cm vertical drop per year of the Dead Sea (which can mean a 15-30m horizontal recede!) causes a perpetual shift in the location of the springs. The vegetation’s renewal has to catch up with the constant relocation of the various sources of water. These unique terms can’t be found anywhere else.

Excavations in a corner of the ‘open reserve’ have revealed an industrial facility from the Roman Era. It certainly has to do with the ancient community of the nearby Kummran, and is thought by some scholars to be linked with the production of the mythic Persimmon perfume.

In 2008 a large fire has burned away vast areas of the reserve. Thanks to the abundance of water and the sunny warm weather the renewal was quick, and can hardly be traced only a few years since.

The wildlife of the reserve is diverse and abundant; among the mammals are hyenas, desert foxes, gazelles, porcupines, sand rats, and spiny golden mice. The Dead Sea Navit is an endemic species that exists only in a single pool in the ‘hidden’ reserve. The Middle Eastern Jewel Beetle looks like a piece of shiny copper crafted by a jeweller and makes long cavities in the branches of the Tamarisk Tree.

In order to open natural paths for visitors (especially in the hidden reserve) wild donkeys were brought into the reserve, and can sometimes be seen at work.

Free guided tours are held in Hebrew on Fridays, Saturdays and holidays, in Arabic on Fridays and in English on Sundays.

Guided tours for groups at other times may be arranged for a fee in English or Hebrew by phoning +972 2-6541255 or by email: [email protected].

*pay attention!
Between July and mid-September (14/09) tours are not held due to heat stress.