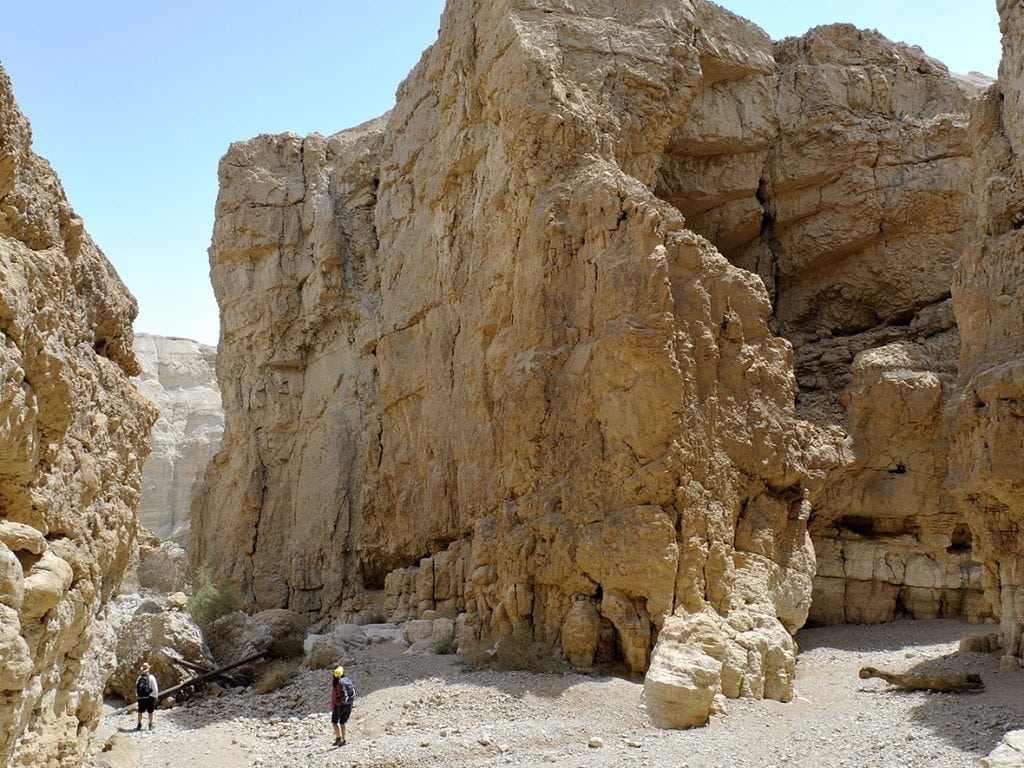 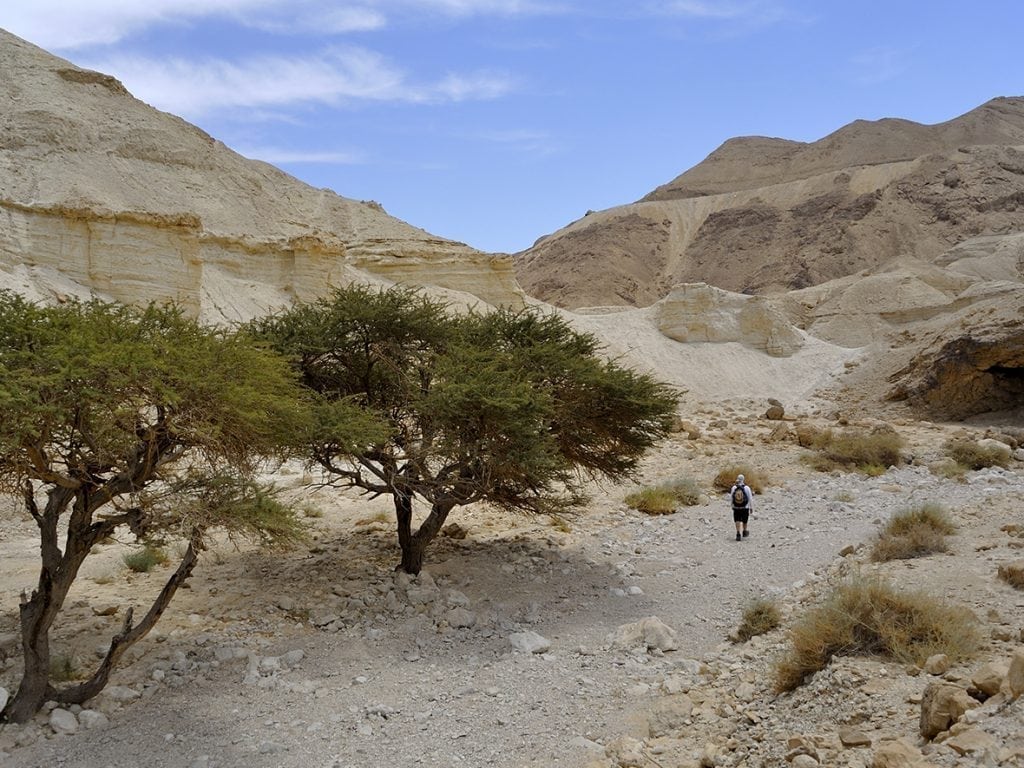 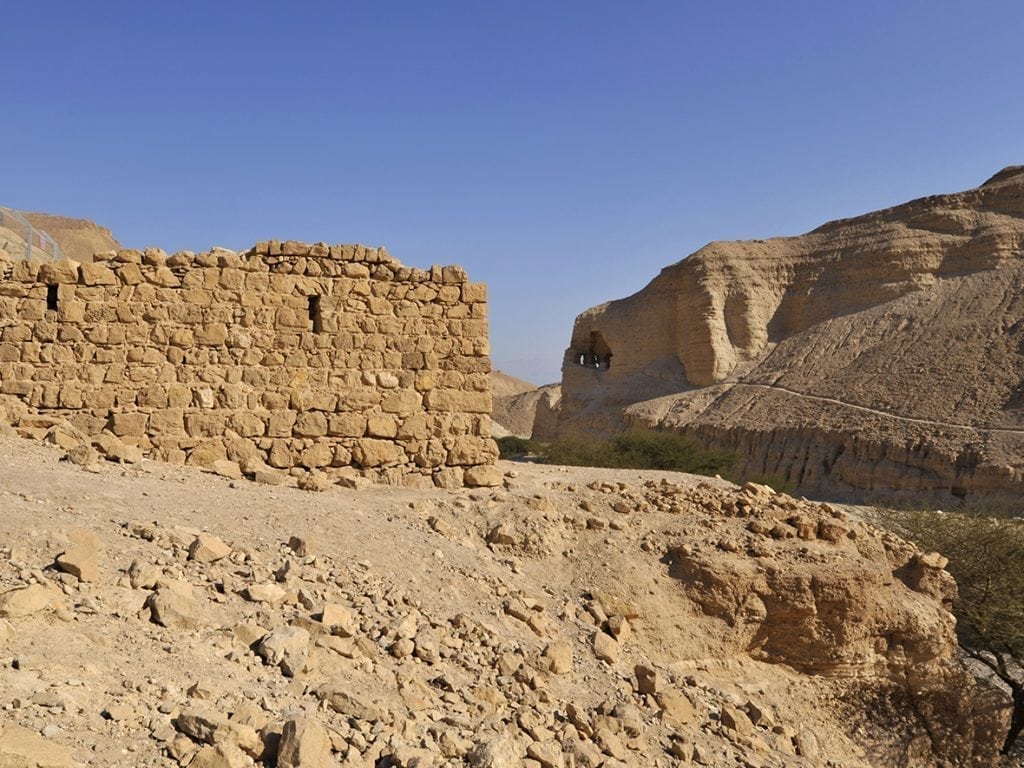 The valley of Zohar (Nachal Zohar) is relatively short (14km). Unlike the larger valleys in the Judean Desert, Nachal Zohar has a drainage area of only 34km2, so in case of rain its floods are relatively mild. It runs through a moderate slope on the high plateau of the desert, and then drops abruptly to the level of the Dead Sea, creating a wide basin that drains several secondary valleys. At that point it cuts through a thick layer of marlstone, and models it into outstanding shapes.

This is an option for a convenient hike. It starts on road 31, leading from Arad to Mt. Sodom. At Mitzpeh Zohar there is a spectacular overview on the basin of the valley. To the east we can see the southern basin of the Dead Sea, to the north: the valley of Izrach merging with Nachal Zohar. The quick marlstone remains are noticeable all around the basin and are white and remarkably different from the hard limestone on which they lay. At the heart of the basin a 25m high marl-rock was left erect as the floods kept digging channels from both sides. The Zohar Stronghold is at the top of that rock and is clearly visible. It was formerly mistaken for Roman, but recently dated to the Crusader (or Mamluk) Era, and served as a road-station on the post-route linking Karak and Gaza.

The path curves down the steep slopes (after approximately 45min) till it reaches the fortress. There’s an option of climbing the small marl-hill for a closer look at the remains – a low rampart and a central tower. At the bottom of the marl-hill, some vital shade can be found under the Acacia Trees.

From here the valley curls between the marl-walls and creates a canyon. Apart from one spot where a short climb down a water fall is required, the walk is fairly calm and easy. Every rock has its particular type of erosion. The marlstone tends to create long perpendicular channels which create folds resembling draperies in Greek sculptures. These mighty columns can reach a height of 50-70m. After an hour the track passes underneath a tall bridge (road 90), where the valley makes its final break into the plateau of the Dead Sea. From here the track opens and runs (for another 15-20min) between Acacia and Tamarisk Trees. The Zohar petrol station, our final goal, is clearly visible.

The best time to hike will be from late autumn to early spring. It is important to take at least 2 litters of water per person, make sure the head is covered, and use sun-screen.

Please advise local tourist authority on weather conditions, track conditions and official maps before you begin any track in the Dead Sea Region.

Tagged as: Good for Kids, Parking