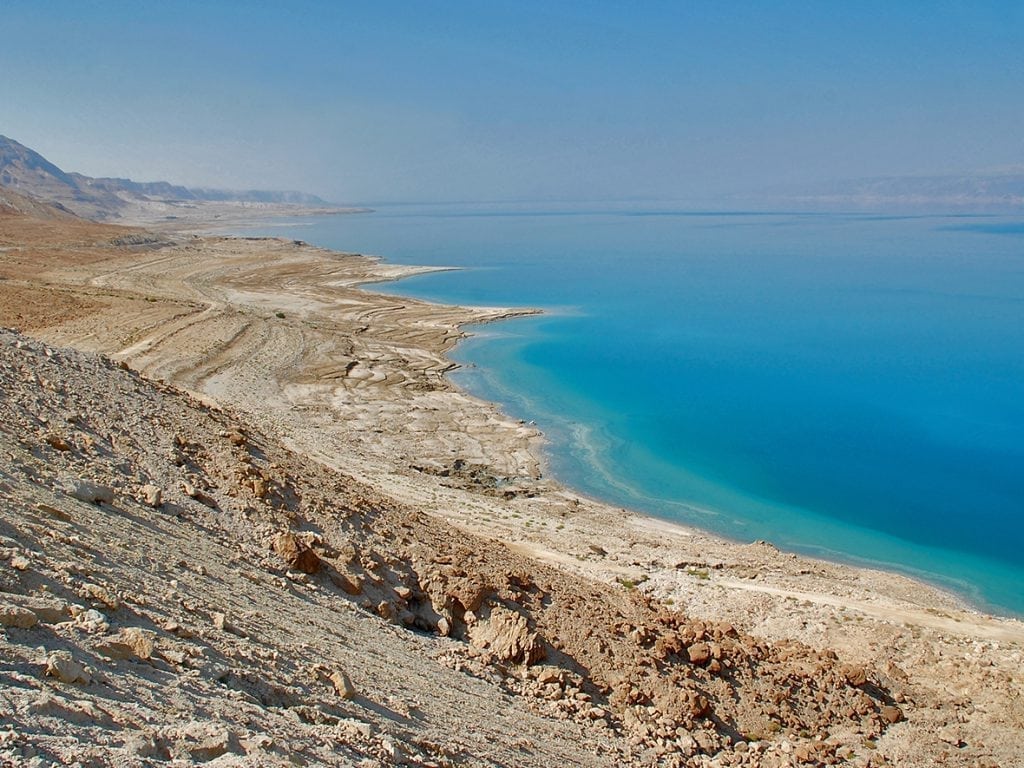 Located 2.5km east of Deir Hidglah (at the northern coasts of the Dead Sea), the Tank Hill can be accessed by foot or vehicle through a wide path. The turret of a tank is clearly visible and provides an awkward landmark for the viewpoint.

To the north we can see John the Baptist’s Monastery, and to it’s left the Baptismal spot: ‘Qasr al-Yahud’. To the right, over the border are the Jordanian ‘Karameh’ hills, that gave shelter to the founders of the PLO in the early 1970s. The members of PLO would invade into the west-bank (in Israeli control since 1967) in attempt to perform terror assaults in Israel. The Israeli army (IDF) counter actions led to banning of the organization by the late King Hussein of Jordan and consequently to a massive action against Yasser Arafat (then leader of PLO) and his men by the royal forces. Further to the east two Jordanian villages: Shunat Namrin, and Shuna Janubiyya, and behind them: the valley of Hisban. To the south-east: Tulilat al-Rasul, a key archaeological site from the chalcolithic age. To the south the northern Dead Sea hotel resort of Jordan is visible, and following the coast-line to the west – the old ‘Lido’ hotel, already in the Israeli control. To the south-west one can see the valley that cuts the steep cliffs, and creates a wide valley, a natural trail for the historical road to Jerusalem. To the west is the city of Jericho, probably the oldest settlement in the world, and on the mountains – the Carantal Monastery, where, according to tradition the devil tried in vain to temp Jesus to stray from the right way for 40 days and nights.